Case Study: How As Built Survey Plans Can Maximise Space Efficiency in a Distribution Warehouse

WHAT ARE AS BUILT PLANS FOR A DISTRIBUTION WAREHOUSE?

An as built plan is a measured drawing that is created using a property survey that shows all the existing conditions of a property. Realserve is a survey company in Australia that specialises in creating as built existing condition plans for industrial properties warehouse or distribution facilities.

They are critical when it comes to dealing with situations that involve property renovations because you will have documentation that is current for the present day vs using materials from an initial building design which may have been 20 years prior.

Realserve has surveyors in every state of Australia that can measure and create as built plans that help with site re-development or refurbishment. These can include;

Additional services and products are usually also provided to give stakeholders a full picture of the site. These include:

Realserve regularly works with state or national procurement managers who will typically coordinate the engagement of product and service providers. Typically we are hired to aid various departments in the planning stages of a facility refurbishment. For this project we helped a major Australian retailer when their national procurement manager, who was based in Melbourne, engaged us to provide the information they needed to decide whether to renovate or relocate. The facility and property that they were contemplating either renovating or vacating was a distribution warehouse based across the country in Western Australia.

Their WA distribution warehouse had storage space in the main warehouse and offices that needed a remodel if they were to stay, so the procurement manager needed a current set of survey plans. The plans were initially used to finalise their decision to stay, and subsequently used to work with and engage stakeholders such as builders, engineers, landscapers and traffic management consultants.

Based on their brief the initial request included;

Then once they had received these plans they decided they required further information for their planning purposes so a Site Plan was also provided. Realserve is a survey company in Australia that specialises in creating as built existing condition plans for industrial properties including warehouses and distribution facilities.

WHY DID THIS DISTRIBUTION WAREHOUSE NEED AN AS BUILT SURVEY PLAN?

Many distribution warehouse property owners experience the same issue when it comes time to make changes to their site. Typically the current plans and documentation on file for the buildings are either the original design drawings or completely out of date due to various changes that have been made over the life of the building since construction.

It is quite common for an as built survey plan to be referred to as an existing conditions survey plan. The idea is essentially about creating a current set of documented plans that are based on what is actually on the site at that precise moment.

So for the procurement manager to effectively manage the remodel and fit out changes to the distribution warehouse they needed actual, as built survey plans with the appropriate CAD files to help with their design & costing process. Realserve helps a number of property owners or tenants to produce existing conditions, or as built plans that help for any number of project types from redeveloping a building, doing refits or even planning major building extensions.

For this warehouse refit the plans that the client had on file were construction plans, dated as far back as ‘October 2006’. Using plans that were more than 10 years old was not advisable so we confirmed their suspicion that an up to date survey should be undertaken to avoid potential problems down the track. Our recommendation for as built survey plans to be created was because;

HOW DID WE PRODUCE THE SURVEY PLANS?

PHASE 1
Realserve were able to facilitate our clients needs and carried out as built building surveys to accurately determine position of all key elements contained within their brief & to deliver PDF plans and CAD files efficiently.

The design team set about coming up with a successful solution that could create another loading dock for the distribution warehouse. This type of reconfiguration of the site would facilitate a refit that would enable improve space efficiency on the site.

To achieve this they required an As Built Site Plan to accurately document the layout of the site including;

This plan helped the design team identify that a garden bed would need to be removed and the existing traffic flow management plan changed to facilitate the refit changes while making the site as safe as possible. 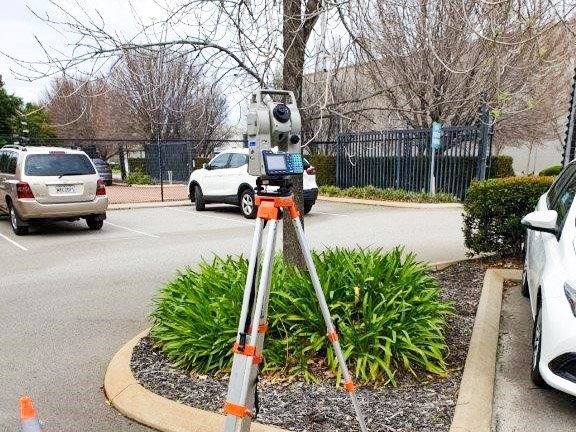 HOW WAS SPACE EFFICIENCY MAXIMISED IN THIS DISTRIBUTION WAREHOUSE?

The procurement manager was able to work with interior designers, an architect, local council and internal stakeholders to present a range of solutions to refit the warehouse to maximise space efficiency levels through the creation of an extra truck loading space.

By using as built plans it meant that very precise calculations could be made to facilitate budget provisioning and decision making. Most importantly the mixture of survey plan documentation was able to be used to reconfigure the existing site usage.

Realserve created the following plans for the warehouse;

The benefits of using as built plans included;

CAN THE AS BUILT SURVEY PLAN PROCESS BE APPLIED TO AN OFFICE REMODEL? 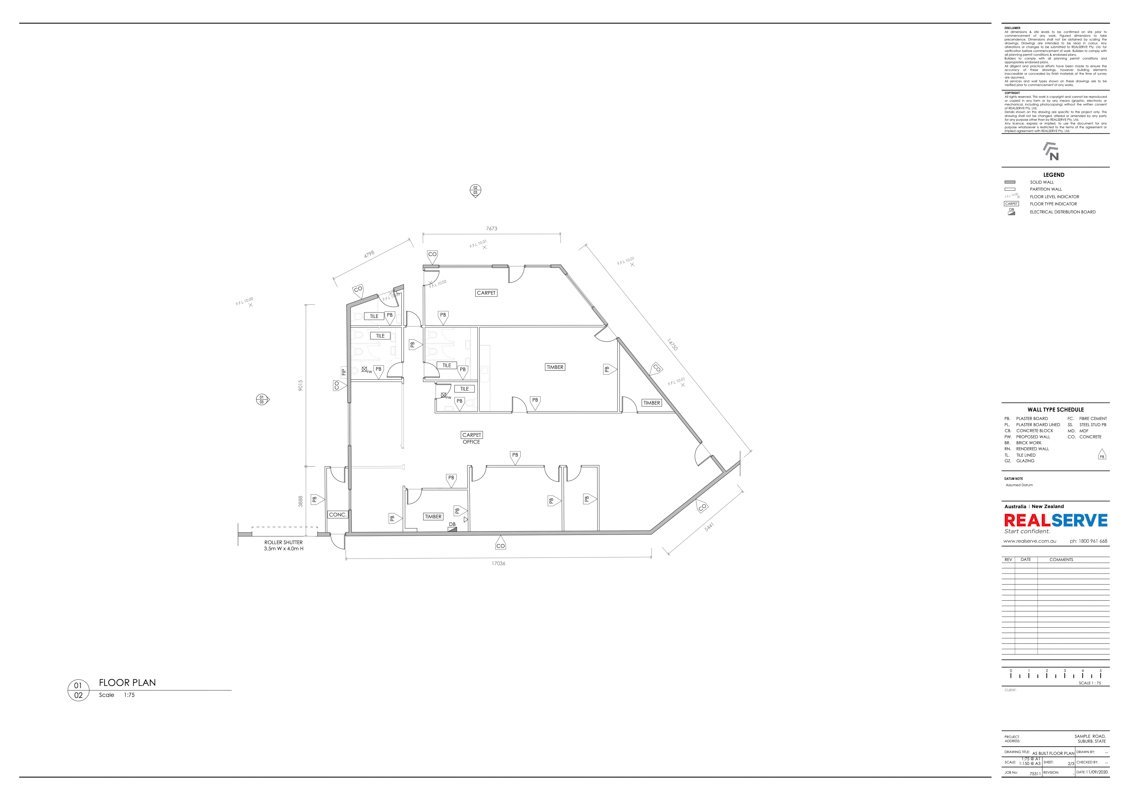 The process we’ve outlined above can be applied to an office remodel as well. Generally speaking a remodel of any commercial environment can be extremely timely and that is why it is so important to be able to start confident with accurate and up to date documentation. No matter the size of the organisation, whether an individual or a panel of stakeholders is involved in the decision making process, the process is usually as follows;

CAN AS BUILT SURVEYS HELP WITH TRAFFIC MANAGEMENT ON A INDUSTRIAL PROPERTY?

The As Built Site Plan information collected by Realserve was analysed by the client and relevant stakeholders including traffic management consultants. This resulted in issues pertaining to the usability of the site and related potential hazards being identified & rectified. Two potential major hazards on the site were negated with the help of our precise site plans.

WHAT OTHER SURVEY SERVICES COULD HAVE BEEN USEFUL FOR THIS WAREHOUSE REFIT?

ON COMPLETION OF A REFIT

Upon completion of the refurbishment it would have been important to have updated documentation created for;

If the tenant was going to be vacating the warehouse so that a new tenancy could be started then;

AS BUILT SURVEY PLAN SAMPLES OF A DISTRIBUTION WAREHOUSE

Get more information about our range of as built survey plan SERVICES. 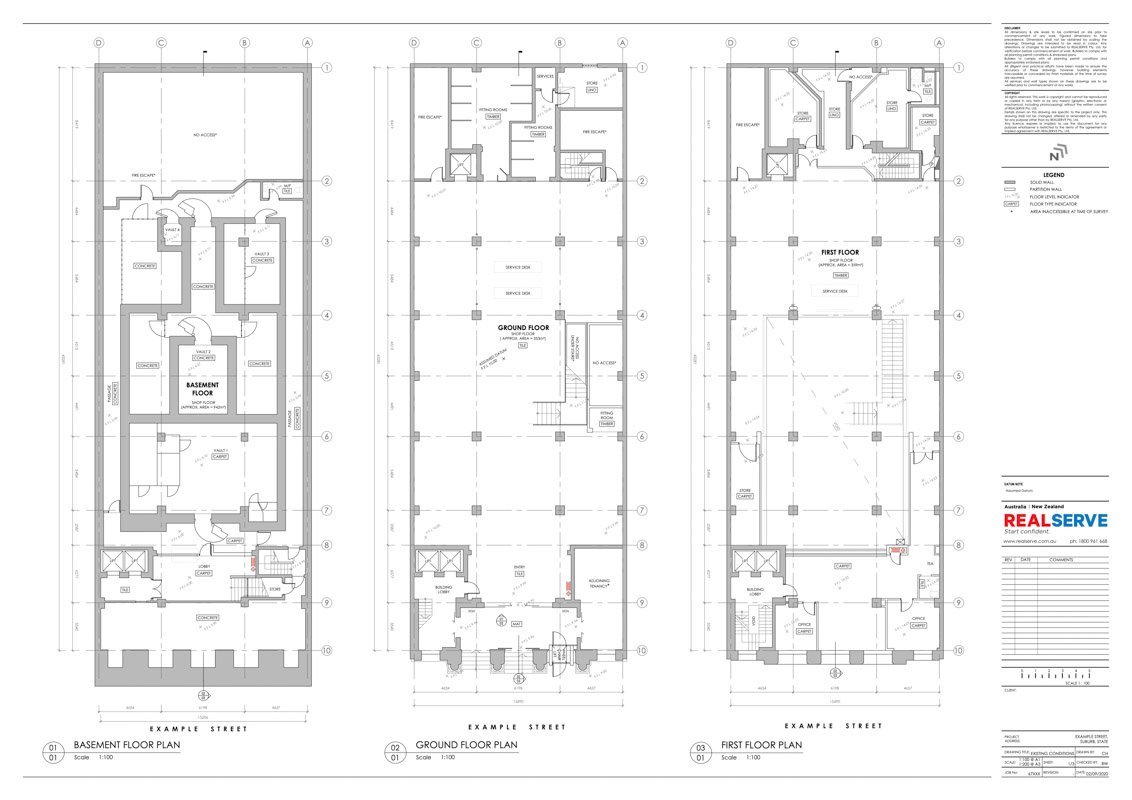 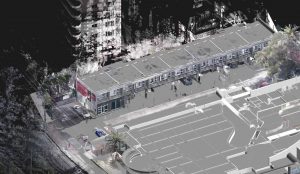 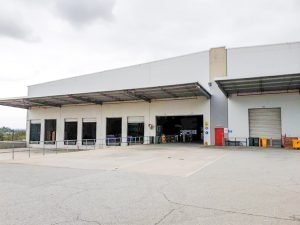 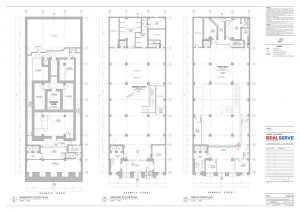